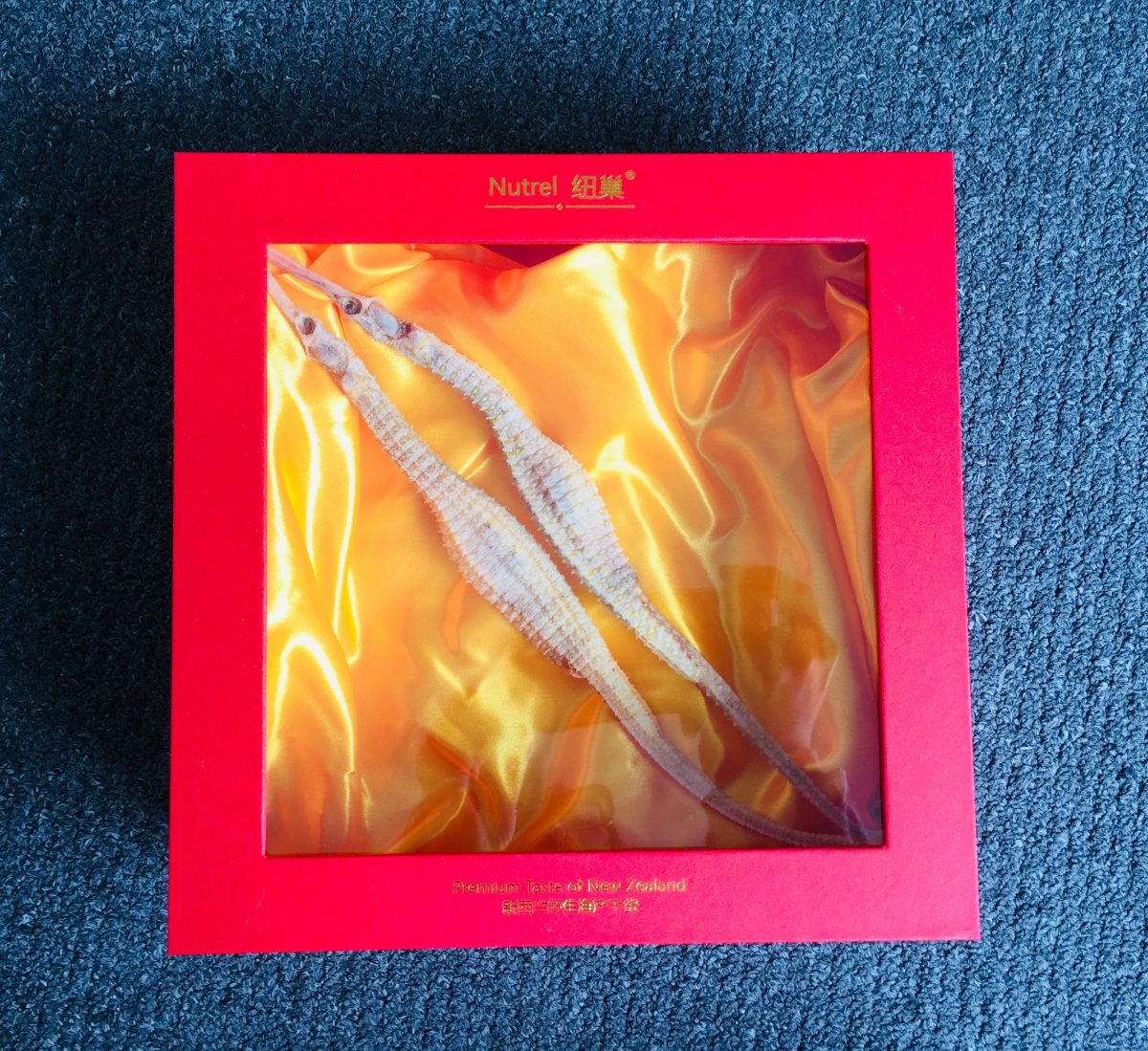 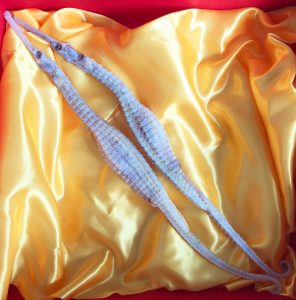 Related to the Sea Horse is Sea Dragon but is more commonly known as a Pipe fish. The Pipe fish is actually related to the Sea Horse at the family level where they then break off into separate genus categories. Thus, we can expect that their use and action may be quite similar.
Entering the Kidney and Liver meridians, Sea Dragon is a very strong tonic for tonifying Kidney Yang and has had some studies performed which correlate its use to positive effects on the reproductive system as well as mental and physical acuity and performance. In addition to these Kidney tonifying effects, Sea Dragon has the interesting ability to invigorate the Blood. It has also been used in martial arts conditioning formulas used for strengthening bone and sinew.